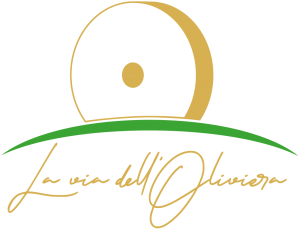 Thanks to its location, La Via dell’Oliviera allows you to visit some of the most beautiful areas of the Tuscany.

The City of Siena is a province of Tuscany. The city is universally known for its huge historical, artistic and landscape heritage and for its substantial stylistic unity of medieval urban furniture, as well as for the famous Palio. In 1995, its historic center was listed by UNESCO as a World Heritage Site. The city is home to the Banca Monte dei Paschi di Siena, founded in 1472 and therefore the oldest bank in business as well as the longest in the world.

The Abbey of San Galgano is a Cistercian abbey in the municipality of Chiusdino. The site consists of the hermitage (called "Rotonda di Montesiepi"), where the "sword in the stone" is preserved, and the great abbey, now completely in ruins and reduced to just the walls. The roof collapsed in 1786 when lightning struck the abbey's bell tower. Three years later it was deconsecrated and from then on it was used as a stable, until in 1926 the Italian state recognized its cultural value and protected it.

It is a wonderful medieval village located in the Merse Valley among the Metalliferous hills. Its origin is located during the Lombard domination in Tuscany between 568 and 569. The town still retains the medieval aspect and some sections of the double walls of the city and it is also possible to find medieval houses including the presumed house of San Galgano (Galgano Guidotti) where it is believed that the saint was born around 1150. Among the religious buildings of the town we find the Propositura di San Michele Arcangelo, near the house of San Galgano, the church of San Martino, called "outside the walls" , and the Church of the Compagnia di San Galgano where it is possible to admire the bas-relief depicting San Galgano sticking his sword into the stone.

It rises on the western side of the complex of the Metalliferous Hills at an average altitude of 400 meters above sea level and is 18 km from the coast. The surrounding area is covered by Mediterranean scrub woods and fields mainly cultivated with vineyards and olive groves. Massa Marittima, already inhabited in the protohistoric period, has very ancient origins and the mineral riches of the district were already exploited since the times of the Etruscans. The area is scattered with small inhabited centers that arose in ancient times due to the strategic value of the reliefs and the remoteness of the malaria-infested marshy valleys.

The Tuscan coast touches the most varied territories from north to south: 500 km of coastline where rocks and sand alternate, with world-renowned seaside resorts and 20 Blue Flags, a symbol of excellence and sustainability.

Crossed by the river Orcia, from which the valley takes its name, this splendid region in the south of Tuscany winds along the provinces of Siena and Grosseto. The entire area is now a protected park, and has been recognized as a World Heritage Site by UNESCO since 2004. The absolute protagonist of the Val d 'Orcia is in fact a still uncontaminated and beautiful nature, with always different colors depending on the various seasons. It is a land with an almost surreal and suspended atmosphere, which has also given rise to the most precious and appreciated Italian wines: Brunello di Montalcino, Rosso Orcia and other fabulous wines with the DOCG designation.

Small fortified city halfway between Florence and Siena, it is famous for its architecture and for its beautiful medieval towers that make the city profile truly unique. In the most prosperous period, the wealthy families of San Gimignano came to build 72 towers as a symbol of their well-being and power. Of these, 14 remain today which contribute to making the city atmosphere even more fascinating. Declared a World Heritage Site by UNESCO in 1990, San Gimignano is one of the small pearls of the Sienese province and also offers excellent local products such as saffron and white wine called Vernaccia di San Gimignano

The thermal baths of Petriolo, also known as Bagni di Petriolo, are a Tuscan thermal spring located in the suggestive Ombrone valley, where the Farma river flows, straddling the provinces of Siena and Grosseto. Known since Roman times, and probably also Etruscan, cited by illustrious personalities from the Latin world such as Cicero and Marziale, the first spa complex built in Petriolo dates back to the beginning of the fifteenth century, in the territory of the current municipality of Monticiano.

An enchanting city that never ceases to surprise, with its masterpieces of art, the colored marbles of the churches and the architecture that evoke its splendor and the role it played in the development of Renaissance art and culture.

Find out where we are